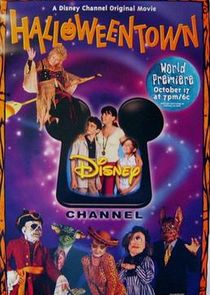 Halloweentown is a series of Disney Channel Original Movies about Marnie Piper and her training to become a witch. Villains throughout the movies either sought to conquer the Human World and Halloweentown, separate them from each other by revealing the existence of the second world, or simple revenge.