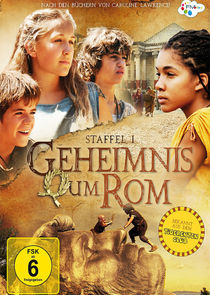 Roman Mysteries is a tremendous way for younger viewers to learn about ancient history. Set in the Roman Empire in AD79, it is based on a series of novels by Caroline Lawrence that have sold more than a million copies worldwide. It isn't hard to see why - they graft child-friendly adventure on to careful research, and the same care has been taken to transfer them faithfully to the screen with the help of a strong cast and healthy-looking budget. The first episode this afternoon gives a vivid sense of gladiatorial combat, without the risk of children waking up in the middle of the night screaming.