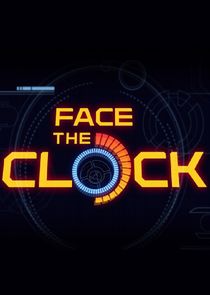 Face the Clock was a quiz show that aired on Channel 4 from 7 January 2013 & was presented by Rory Bremner.

Six contestants compete in each show. The studio is designed like a clock, with Rory at one end with his podium, which has 7 lights on it, and the six contestants are spread out on the other half with a small podium for each of them.