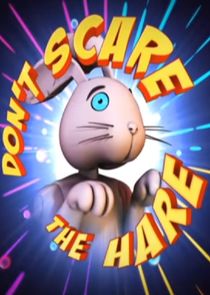 Don't Scare the Hare is a 2011 British television game show from the BBC, hosted by Jason Bradbury and narrated by Sue Perkins. The programme was aired on BBC One on Saturday evenings and was first transmitted on 23 April 2011.

This series had been planned to run for nine episodes but it was taken off air after six episodes because of poor ratings. The remaining three episodes were broadcast in October.

In the show, contestants must compete in a series of challenges to win £15,000 of prize money; failure to complete questions and physical challenges risks "scaring" a giant robotic hare.