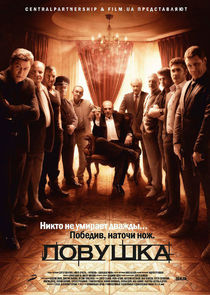 Hard 90s have passed. But people who once had a taste of the big time, do not miss their chance during another sharing out to get even more. One of the most important authorities in southern Russia, Vyacheslav Lebedev, nicknamed "Artist", retires on a well-deserved pension, leaving his empire to his loyal deputies ... It was the circumstance which made leaders of other groups to decide that it was time for the redivision of spheres of influence. And without preventing the war, not only the city but the entire region will drown in blood.

"The Trap" series allows the viewer to dive into the world of action, brutal gangster shootouts and sincere feelings, where love borders on death, and the honor becomes the hostage of money and power.