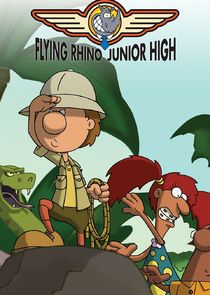 Based on the successful books written and illustrated by Ray Nelson and Douglas Kelly, this animated series revolves around the antics of Earl P. Sidebottom, a.k.a. "The Phantom." Earl is a former "A" student who, after getting his first "D", retreats with his computer to the school basement where he begins to plot against the other Flying Rhino Junior High students. The series follows the comic misadventures of students Billy O'Toole, Tammy Tupperman, Ruby Snarkis and her brother Marcus.