Timothy Spall: Back at Sea 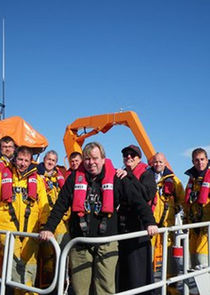 Timothy Spall at Sea series is a set of three BBC Four television series that follow the journey of actor Timothy Spall and his wife Shane as they take their £200,000 52 feet (16 m) long ocean going Dutch barge, the Princess Matilda, on a trip around the British Coast including Northern Ireland and the Isle of Man. Back at Sea comprised four programmes and covered the journey after the first winters break. They travel around Wales to Liverpool, to the Isle of Man, Northern Ireland and Scotland. The last programme in this series follows them from the western Scottish Isles to winter port in Aberdeenshire via the Caledonian Canal and Loch Ness. The series was first broadcast in August 2011.