Atlantic Convoys: The War at Sea 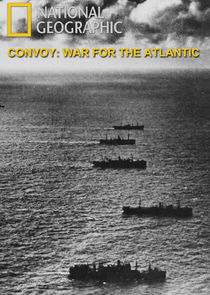 The stakes were simple. Win the Battle for the Atlantic, win the war. For six years, an undulating warzone spanning 2,800 miles was the setting for one of the most bitterly fought battles of World War II. German U-boats ravaged convoys of British Canadian supply ships, sending thousands of merchants to a watery grave, along with millions of tons of vital supplies. Britain was cut off and on the brink of surrender, an act that would give Hitler control of Europe. Britain had to somehow turn the tide. The outcome of World War II depended on it.