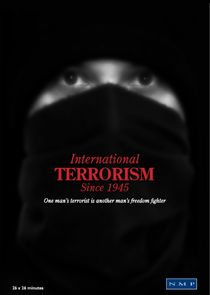 From the devastation of 9/11 to the horror of the London bombings, acts of terrorism have left their mark across the world. Authoritative, balanced and gripping, the series investigates the motives, morals and methods of some of the most infamous attacks of recent times. The series also looks at the groups behind the attacks: their potted histories, their leaders and how some groups even mutated in legitimate political parties. How did terror groups active in Israel after World War II eventually transform into modern day Mossad? What factors finally brought an end to the urban warfare, typified by indiscriminate car-bombings and tit-for-tat sectarian shootings, in Northern Ireland? Why was Osama Bin-Laden able to cause so much damage to the twin towers? Why is that one terrorist group fails, while another prospers and develops? With the use of rare archive footage, expert testimony and 3D graphics, this series seeks to answer those questions and much more.