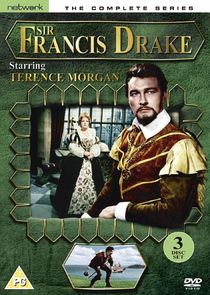 Sir Francis Drake was a British adventure series that aired on the ITV Network from 1961-1962.

The series starred Starring Terence Morgan as Sir Francis Drake, who was the commander of the vessel, The Golden Hind. As well as battles at sea and an abundance of sword fights, the series also deals with intrigue at Queen Elizabeth's court.