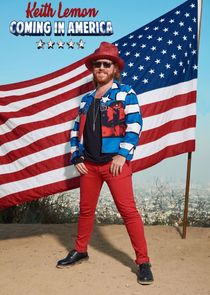 With a documentary film crew recording his every move, Keith Lemon: Coming in America will chart Keith's journey as he attempts to realise his ultimate dream of hosting his own US chat show. After all, if James Corden can do it, why not Keith Lemon?

Taking some of his favourite sketch alter-egos along for the ride including The Urban Fox, The Big Fat Gypsy Kardashians and David Dickinson as well as introducing some brand new characters, Keith will do whatever it takes to become the next big thing in La-La land.