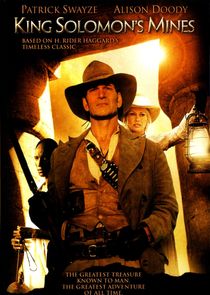 King Solomon's Mines is set against the backdrop of 19th century Africa. Based on H. Rider Haggard's wildly popular novel, the excitement unfolds around heroic explorer Allan Quatermain, a grieving widower fighting for custody of his young son. Hired by the beautiful daughter of an Oxford professor to find her father--who has vanished without a trace – Quatermain returns to the Dark Continent and embarks on a dangerous quest to rescue the captive archeologist, who holds the key to untold treasures--and ultimate power.