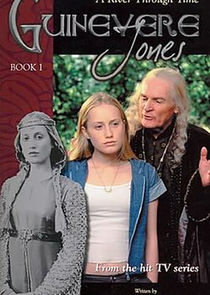 Imagine a world lousy with betrayal and intrigue, where survival depends on allegiance to tribe - where happiness is an unexpected luxury and the future is clouded by chaos and barbarism. Sound like the Dark Ages of Arthurian legend? Try a typical high school, at the dawning of the twenty-first century.

It's a world where, at fourteen, Gwen Jones doesn't fit in - doesn't want to fit in. Years of living on the run have taught Gwen to trust only her mother. But now her mother's ill, and Gwen's world has been turned upside down. She's living with strangers in a strange country, a strange town, going to a strange school. Gwen doesn't know it yet, but things are about to get a lot stranger.