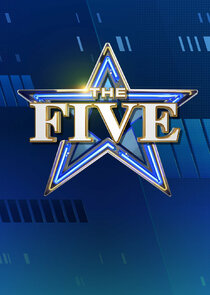 The Five is an American news and talk show on Fox News Channel featuring a rotating panel who discuss current stories, political issues, and pop culture. The show premiered in July 2011, replacing the Glenn Beck program, and airs on weekdays at 5:00 p.m. ET with replays at 4:00 a.m. ET. On October 3, 2011, after successful ratings and high popularity, Fox News announced that The Five would become the permanent 5 p.m. series, as the program had previously been announced to last only during the summer. The Five is currently the second-most-watched program in all of cable news in the United States, placing only behind The O'Reilly Factor, also on the Fox News Channel. The program has occasionally been the number one rated cable news series in the key 25 to 54 viewing demographic.