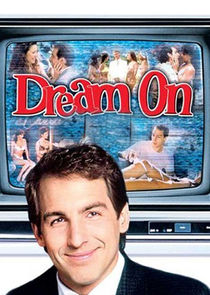 Dream On is an American adult-themed situation comedy about the family life, romantic life, and career of Martin Tupper, a divorced New York City book editor. The show centered on Martin's life in an apartment in New York City with his teenage son, and relating to his ex-wife, while trying to date other women and succeed as an editor for a small book publisher. The show was notable for its frequent use of clips from old movies and TV shows to express Martin's inner life and feelings, which lent it much of its quirky appeal, reminding viewers about the impact of TV on their consciousness. The show was also significant for being one of the first American sitcoms to use uncensored profanity and nudity.