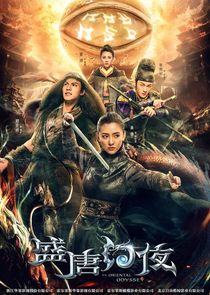 A case of murdered courtesan introduced upper-class lady/amateur detective Ye Yuan An to amnesiac slave Mu Le and police detective Zhao Lan Zhi. Together, they solved the woman's murder and many others after that. Unbeknownst to them, all the cases are connected to a disastrous attempt 19 years earlier to steal a holy artifact, in which monk Tian Qiao was pardoned by the Emperor and monk Tian Shu was on-the-run as a wanted man. The closer the team was to the real motive, the more Mu Le remembered his past. The course of events eventually led to him stealing the artifact himself and escaping to another country. Yuan An, Lan Zhi and Princess Ming Hui tried to track him down, but they soon discovered they are up against a conspiracy that is bigger than a mere case of stolen artifact.