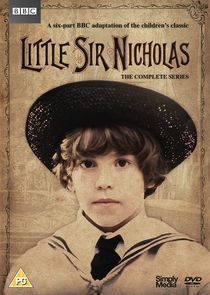 Based on the novel by CA Jones, Little Sir Nicholas is a story set in the Victorian era about heritage, identity and family rivalries.

The Tremaine family have, for many generations, bred proud-serving Royal Navy officers. When the Tremaine heir, along with his wife and their four-year-old son, go missing at sea during a storm, Lady Tremaine seeks a new heir to her family's estate. When she discovers a distant relative in the shape of ten-year-old Gerald Tremaine, she invites him and his mother to inherit the family fortune. While the new heir settles into his new life however, presumed dead Nicholas, now nine and the rightful heir, is found alive and well and brought home to be reinstated in his position as head of the Tremaine family. Just how will Gerald cope with being replaced?