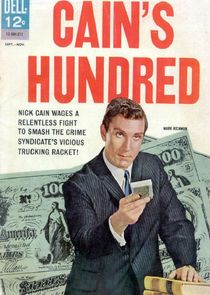 The series follows the life of Nicholas Cain, who was a lawyer for the mob. After becoming engaged, Cain decides to leave his life of crime behind him. After leaving the underworld, a mob boss puts out a hit on him, but mistakenly kills Cain's fiancée, Stella, instead. Cain then teams up with the F.B.I. to find and bring 100 mobsters to justice.