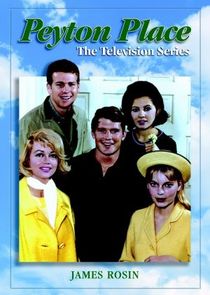 Peyton Place was America's first truly successful primetime serial. The series was the brainchild of veteran producer Paul Monash. Impressed with the success of Britain's monster hit Coronation Street, Monash wanted to import that UK series; however, ABC executives felt that US audiences would not cotton to the thick British accents and kitchen-sink drama. Monash countered with a slightly revamped version of Peyton Place, which had been a wildly popular novel by Grace Metalious and subsequent Hollywood film starring Lana Turner and Diane Varsi. While the book and series centered on the pious, hypocritical behavior of New England residents, the TV series eschewed most of that lasciviousness and told the story of life in a small New England village. In many ways, the TV program resembled a dramatic version of The Andy Griffith Show, featuring a recurring cast of warm, sympathetic characters.