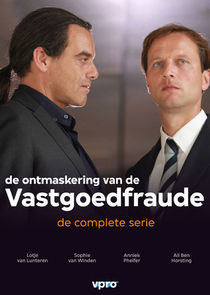 On the 13th November 2007, 600 detectives and 30 prosecutors lead by Herman Muller invade around 50 adresses. Ger van Woerkom and Theo Frijn are bewildered to be caught as main suspect of a major fraud, whereby hundreds of millions are eclipsed and pension funds are about to collapse. It all started in 1995 when Ger and Theo decided to be the leading stars in the real estate world. They succeed tot transform the rock solid company Bouwfonds to a lucrative moneymaker for themselves. It is a dream come true: to be so rich, nobody dares to do anything to you. The extrication of the real estate fraud is a four episode dramaseries about treachery and trust. About Impeachment, prosecution and trial, in a rich tradion of the legal thriller. It is a story where one suspect may not be the other.