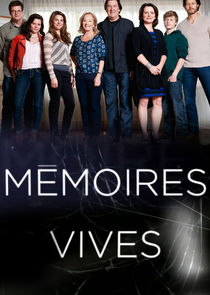 Since their divorce 29 years ago, Jacques and Francine have seen little. They meet again today, while Jacques receives a badge of honor to commemorate his work at the Mémoires Vives Foundation, an organization that assists the relatives of missing persons, whose founders they are. Despite their differences, Jacques and Francine are united by a common tragedy, that of the disappearance of their little daughter Laurie thirty years ago. Jacques's second wife, Claire, also wears a moving secret that will soon burst into the open. For three years, she has lived alone in the family home of Saint-Hilaire where she and Jacques have raised their two daughters. Claire is finally ready to open her heart to a new lover. Bright memories, it is the story of families haunted despite themselves by a still alive past. But whose characters, engaged in an inspiring quest for truth, will find a bliss they no longer expected.